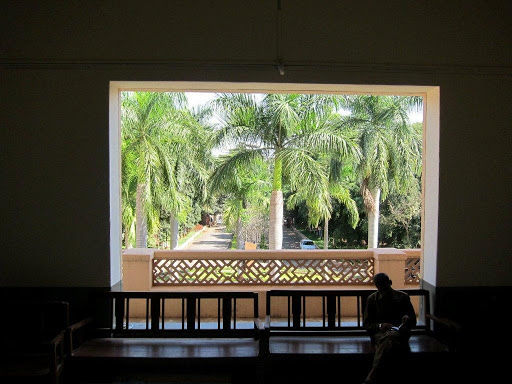 ILS Law College is a community of Students & Staff dedicated to bringing out the best in all of its members. Our aim is to provide the finest opportunities & environment for teaching, learning & research. We have a  distinguished record of academic excellence and innovation since the foundation of the college is 1924. The basic principle behind the foundation of ILS Law College was to establish a regularized system of imparting legal education. Staying true to it we have endeavored and achieved this ambition and maintained our standards of excellence for over 98 years now. Ranked amongst the top Law Colleges in the Country, we believe in creating a relaxed and flexible environment to allow students to grow and develop at their own pace. The courses offered here are a product of critical thought and careful experiment over many productive years. We offer an education characterized by a mixture of theory and practice and a commitment to public service. This college has always been a firm believer in innovation, both in pedagogy and curriculum. In tune with the recent globalization of the profession, a new experiment in learning and teaching of law was proposed to the Ford Foundation at New Delhi for funds under their program ‘Rights & Social Justice’ and was implemented. Striving further to harbor individuality of thought and expression and the stimulation to reach the acme of the legal profession, this college organizes a multitude of workshops, conferences, and lectures. It has always been the foremost aim of this college to insist on giving students the independence to use the abounding opportunities available and carve out their own niche in college life.

At this college, we give special emphasis on perspectives and insights from other disciplines and encourages an integrated approach to law and an exploration of the legal profession’s social-economic role and ethical commitments.

We will make the whole world “Aaryam”. The word “Aaryam” refers to moral, cultural and spiritual excellence leading to eternal happiness. It shall be the ideal of this Society, for the accomplishment of which, its efforts will always be directed towards an all round elevation of the entire population of this vast country. It should be raised to a level of equality on a higher plane ensuring everlasting peace, prosperity and higher mentality. The Society looks forward to a period of time when as a result of the advancement of the people in their morals and outlook on life, the distinctions on the ground of birth will disappear by reason of all reaching a higher level of mental and moral excellence. The prayer of the Society will be to raise the nation to that ideal and its efforts will always be directed with that end in view:

Law is the foundation of the Whole Universe. People follow him who respects the Law. By Law are all transgressions cured. In fact, everything is centred in Law. Hence Law is considered to be supreme.

97 Years of Nation Building – Our Contribution…