Indian Law Society, was established in 1923 with more than one commitments. One, to establish schools and colleges where legal education could be imparted according to the prescribed curricula of the affiliated Academia. The second purpose was to spread comprehensive knowledge of various relevant laws amongst the general public.

Purpose for establishing the Institute:

The Institute was established with an object to promote research in law and to conduct courses on different laws, helpful to the society in general. The target audience for these courses were principally the common man. The courses are designed and directed to promote legal awareness, to spread general knowledge of law not only to professionals but also amongst lay people, commoner and persons engaged in various pursuits. These courses are designed to create a distinct and quality legal culture amongst the Indian community, which is supportive of the rule of law. IALS has been consistently and regularly conducting intensive shot term diploma and certificate courses programs
The other purpose for establishing the institute was to complement and support the efforts of ILS Law College in promoting quality legal education.

Activities of the Institute

The Institute of Advanced Legal Studies conducted various Workshops for judicial officers, administrative officers and lawyers in the academic years 1992-93 and 1993-94, for proper utilization of the Ford Foundation fund. To mention a few:

As a part of the project on “Social Action Litigation” one day workshops on the following topics were organized to get inputs about the status of PIL in India through interactions with the activists. 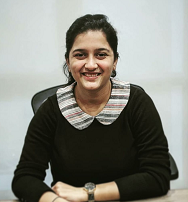 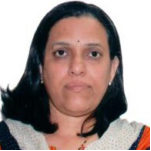 Admin In-charge, IALS
Manjusha has completed her M.Sc. in Statistics. She has an inclination towards research and a sound understanding of research methodology.
She has studied and analyzed the cases related to Section 375 & 376 of the Indian Penal Code (Offence of Rape), filed in Pune District Court between the period – January 1, 1995 and December 31, 2015. She has been assisting Ms. Sathya Narayan with the project titled “Social Action Litigation”